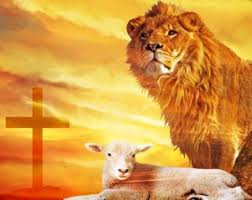 those who condemn the church for its failures do so by gospel principals….

“The writer Gil Bailie points to a modern trend that we take for granted but is actually unprecedented in history: empathy for the marginalized. “Today the victim occupies the moral high-ground everywhere in the Western world.” Bailie builds on the work of French historian Rene’ Girard to argue the crucifixion of Jesus stands as the central event of history. The cross upset the long-standing categories of weak victims and strong heroes, for at that moment the victim emerged a hero. The gospel put in motion something new in history, which Bailie calls “the most astonishing reversal of values in human history”.

Wherever Christianity took, root, care for victims spread. Moreover those who condemn the church do so by gospel principles,  arguing for the very moral values that the gospel originally set loose on the world. Human rights, civil rights, women’s rights, minority rights, gay rights, disability rights, veterans rights,  animal rights-the success of those modern movements reflects the widespread empathy for the oppressed that has no precedent in the ancient world; classical philosophers considered mercy and pity to be character defects, contrary to justice. Not until Jesus did that attitude change.

When the rest of the world criticizes us for our failings, we should respond with humility and repentance, qualities that lobby groups and activists typically do not display.

Our challenge as Jesus’ followers is to align ourselves with the true gospel, and to reclaim the force it has released to a world in desperate need. We act in accord with Jesus’ prayer that God’s will be done on earth as it is in heaven, for that is the grand goal God has promised to accomplish.  If we do so, in a humble spirit we will inevitably contribute to the common good, as has undeniably happened over the centuries and will continue to do so in our world.*