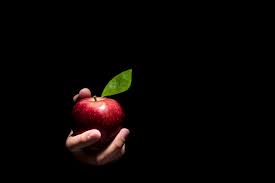 Strengthening our personal walls of defense is critical in our constant battle against sin. One of the ways we do that is by seeking out wisdom from others and being held accountable by someone we trust to keep confidence.

Biblical wisdom in this area can be found in a daily devotional available on the Youversion Bible app. titled “Motivation For Men-Keeping it Pure”. It is primarily directed towards men but I believe anyone male or female could benefit from the wall-building wisdom it provides.

Object of Desire
As a shy junior high school student, I somehow got the idea in my head that having a girlfriend would be the solution to my poor self-esteem. However, being as shy as I was meant that my crushes would never go any farther than admiring from afar, or maybe riding by the house of the girl of my dreams on my bicycle. As an adult I now realize that my attentions, had they been noticed, would have been somewhere between laughable and creepy. But I also now realize my error in seeing a girl, or a woman, solely as an object of desire, rather than as someone with a personality, aspirations, hopes and dreams of her own.

One of the results of lust and the forces which perpetuate it, whether pornography, prostitution, the media or our culture, is the perpetuation of the idea that a woman’s value is linked almost solely to her ability to be an object of desire. This objectification of women brings out the worst, not the best, in both men and women. Unfortunately this was the case for Amnon in his pursuit of Tamar. Not only did he disobey God’s law with respect to uncovering his father’s daughter (Leviticus 18.9), but his rape and subsequent rejection of his sister proved that his “love” for Tamar was nothing more than selfish desire.

Every girl is someone’s daughter, and perhaps someone’s sister, someone’s best friend, and perhaps one day someone’s mother or even grandmother. God has called us as Christian men to rise above treating women as objects and to challenge the world around us to do so as well. How will we answer God’s call?

We would like to thank David N. Jewell for providing this plan. For more information, please visit: www.rubiconministries.com/

This devotional and others are available on youversion.com

One thought on “Object of Desire”