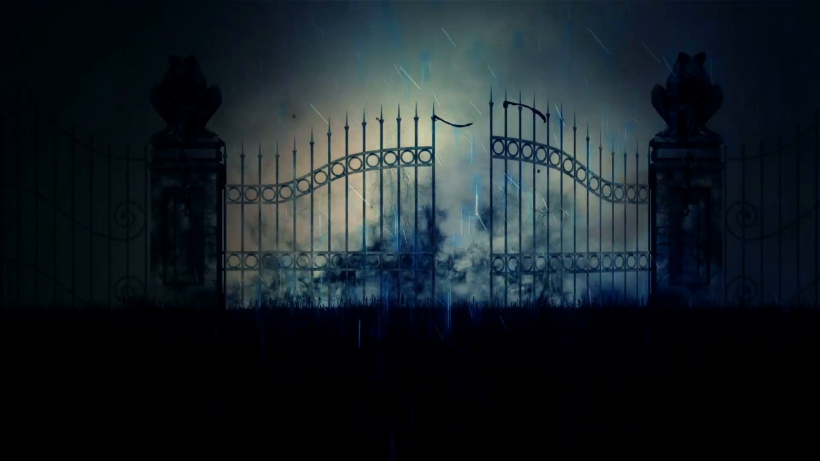 “When I heard these things I sat down and wept.
Nehemiah 1:4
The journey that brought Nehemiah back to Jerusalem was prompted when he asked  about the remnant of the Jewish people in exile and the state of the beloved city.

Nehemiah wept when he was told of the great trouble and disgrace of the people living in disarray and poverty.
The report concluded with the news that the walls of Jerusalem had been torn down and the  gates burned.

There is a practical  meaning to this news about the gates as well as a symbolic meaning.
The practical meaning involves security.
Any city in those times not surrounded by walls would be open to enemy attack.
But the gates were the key to security providing access to the city.
This would be the tactical, strategic target for any enemy that mounted an attack. A city without walls or gates would leave the people virtually defenseless and vulnerable to those enemies.
The symbolic meaning would be the equivalent of an enemy flag flying over a city that had been captured, or a boxer standing over his opponent lying on the mat.
Symbolic of defeat.
To control the gates of one’s enemies was to conquer their city. In this ultimate sign of control the gates were burned destroyed useless.
And it was this image of his nation its gates and walls in ruins, and people living helpless and unprotected in defeat that led Nehemiah back to Jerusalem.
The gates were important to a people who felt God had deserted them.
In 52 days Nehemiah restored faith in God to a people He had never left.
The walls and gates restored in the midst of persecution and resistance.

But in a way that would encourage his disciples in the days ahead when He would no longer be with them.
There would be times when gates they would face would seem impossible to breach.
Religious resistance, Roman resistance, afflictions of sickness, disease, and evil.
The enemy too strong.
These gates in reverse of the gates Nehemiah and his band worked to rebuild to keep their enemies out, were used to keep people in.
Those lost in sin and darkness.
Jesus mentions these gates as a sign of victory that would be won on the cross.
He assures His little band of followers that the light that would shine into those  places behind those walls would not be overcome by darkness.
And death that many of them and generation’s to come would experience because they followed Him would not have the final word.

All that was necessary was to believe what Peter proclaimed-

“You are the Christ the Son of the Living God.”

From that time to now all who recognize who Jesus is receiving Him as Lord and Savior, will be part of that church and receive eternal life (statement) that the gates of hell will not overcome (promise).

Over 2000 years have passed since Peter’s statement.
Kingdoms, governments, nations, and ideologies have come and gone.
Millions of leaders and believers have come and gone.  And in spite of its imperfections and mistakes and at times poor representation that church made up of believers of every nation and tongue continues on.
Time
Culture
Persecution
Indifference
Unfaithfulness
Attempts to discredit and minimize the message and the One who gave His life for it will not succeed.
In life and in death the gates of hell will not prevail.

“After I heard about these who would be sealed, I looked and saw a huge crowd of people, which no one could even begin to count, representing every nation and tribe, people and language, standing before the throne and before the Lamb, wearing white robes and waving palm branches. They cried out with one loud voice.
Salvation comes only from our God, who sits upon the throne, and from the Lamb. Revelations 7:9-10